Foggy Albion is a world of well-established traditions that have been developing over the centuries. The British are famous for their inveterate conservatism, they have their own special view of the world. And, of course, when we talk about the true English style in the interior, a special place in it is occupied by the classic English “sash” window with vertically sliding design.

For the first time, vertically sliding windows with a special transom were used in the construction of Chatsworth House in Derbyshire (United Kingdom), and they became especially popular in the XVIII and XIX centuries, becoming a symbol of Georgian architecture and a characteristic feature of a typical English house. These windows look incredibly beautiful and aesthetically pleasing, bringing an inimitable aristocratic atmosphere into the interior of an apartment or the look of a house.

The main advantages of English windows:

✅Gaps between sashes of the English window are securely protected by a sealant that excludes possibility of blowing;

✅The sash of the vertically sliding mechanism is not afraid of the wind: it does not clap, doesn't open and close. So, ventilation is possible in almost any weather;

✅It can be equipped with a tilt mechanism, which means it is convenient to wash the outer part of the glass and frames;

✅These windows are available with 2 types of vertically sliding mechanisms: spring and traditionally "on weights"; 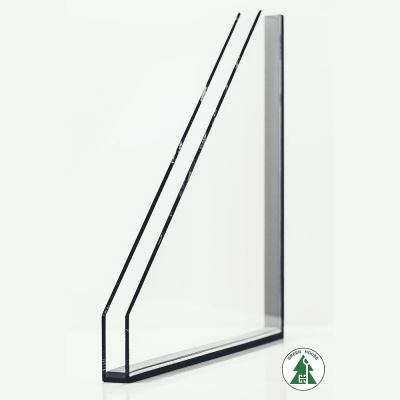